Population
About 27000 people (lowest population density in Scotland with

Industrial profile
The majority of large industrial energy users are located on the Isle of Lewis. Users such as QinetiQ and Marine Harvest control sites across the Western Isles resulting in a small consumption of gas oil on Harris and the Uists. Tourism generates £65m in economic value for the islands, sustains around 1000 FTE jobs, and is one of the key growth sectors in the economy of the Islands. Seasonality is a key issue for the local tourism sector

On Western Isles of Scotland, each sector is heavily dependent on the consumption of imported liquid fuels with gas oil playing a key role accounting for 75% of the total energy consumed in 2013 (gas oil being the largest fuel source with 25% of the total supply in 2013). The total non-electric fuel supply to the Western Isles in 2013 was 583 GWh. Other than a small gas network serving approximately 1,500 households in the Stornoway area, there is no access to natural gas and households heavily dependent on oil and electricity for heat. Fuel Poverty rates are rampant due to a dependence on high cost imported energy, low incomes and levels of climatic exposure. The average dual fuel bill is approximately £2,012, which is 49% higher than the UK average. The per capita carbon dioxide emissions of inhabitants on the Westerns Isles are 3% higher than those on the mainland. The exploitation of renewable resources to date has been limited; however installation of the subsea interconnector will unlock delivery of a substantial capacity of recently consented wind farms.

This project could bring benefits to islands which experience the second highest level of fuel poverty in Scotland due to exorbitant energy costs and dependence on imported fossil fuels. This project will integrate onshore wind, storage and hydrogen production in a way that could be replicable and scalable on the on other geographical islands. Furthermore, the largest opportunity for carbon reduction will come from use of renewable energy in the production of hydrogen and the Western Isles offer an excellent proposition for this. 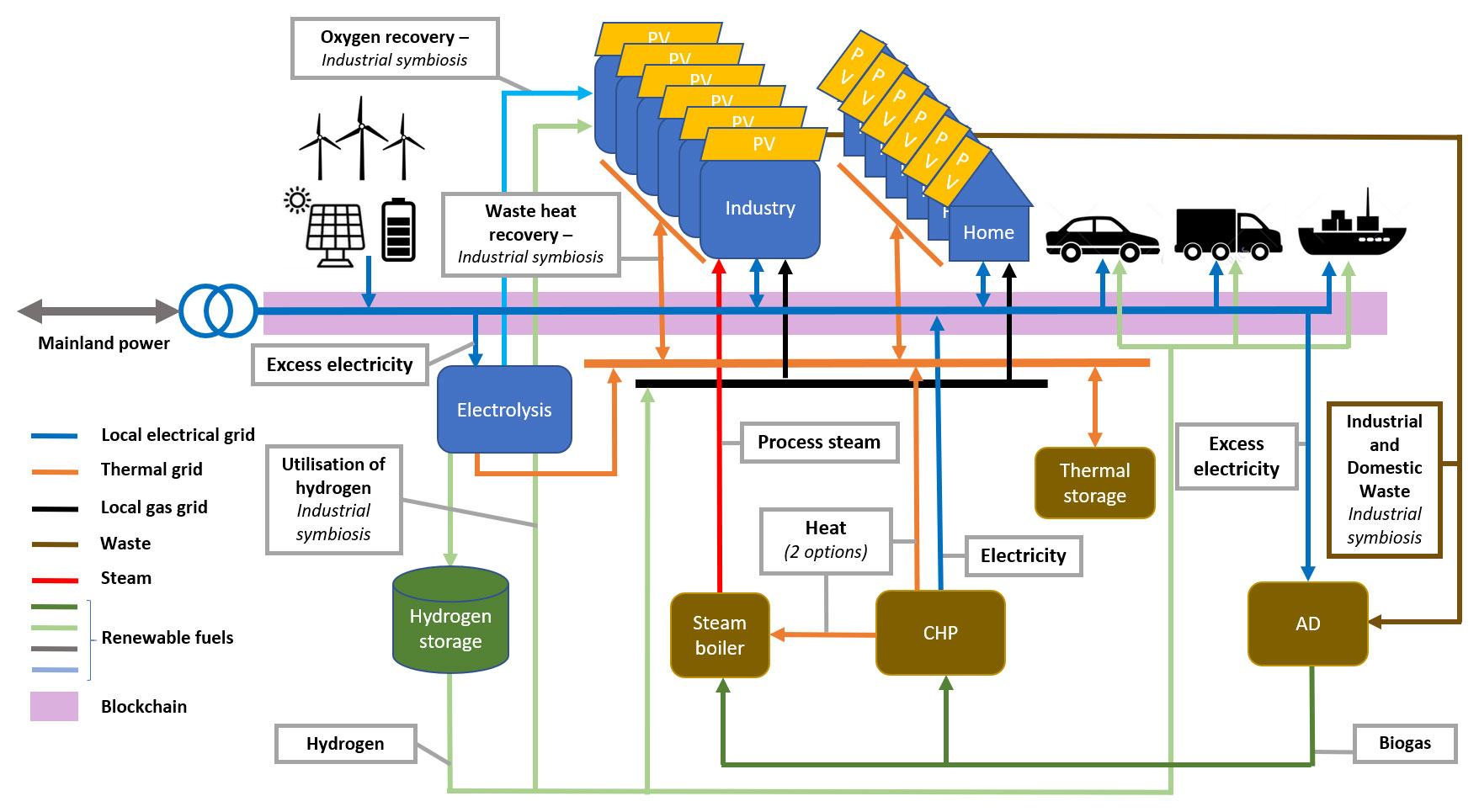