Industrial profile
A new fish industry has been implanted in January 2019, increasing the island’s need for electricity and steam. Moreover, new industries are to be established in the next years; they will increase the island’s energy demand and require an upgrade of the existing energy system..

Almost 100% of Eigerøy island’s electricity  is imported from the mainland with minor share of wind and solar. The island is interconnected to the mainland by an undersea cable of an average load of 7,9 MWh/hour while peak demand rises up to 18,5 MWh/hour, which used to be sufficient until 2018. In January 2019, new fish industry has been implanted on the island increasing its need for electricity, but also heat and steam and additional businesses and industries are planned and in discussion to be located on Eigerøy during the coming years. To cover these needs without an expensive extension of the transmission grid, the new fish industry must use an LNG boiler of a capacity of up to 20 MW and an energy consumption of ~19400 MWh/year (for 2019). Today, the island has the ambition to abandon the LNG usage and transform its system by increasing its capacity of RES and benefit from other circular economy concepts such as usage of biomass (available wood), waste water and industrial symbiosis. To do so, Eigerøy needs support for the new technology installation,exchange of best practices and training related to energy its transformation, business and investment opportunities. 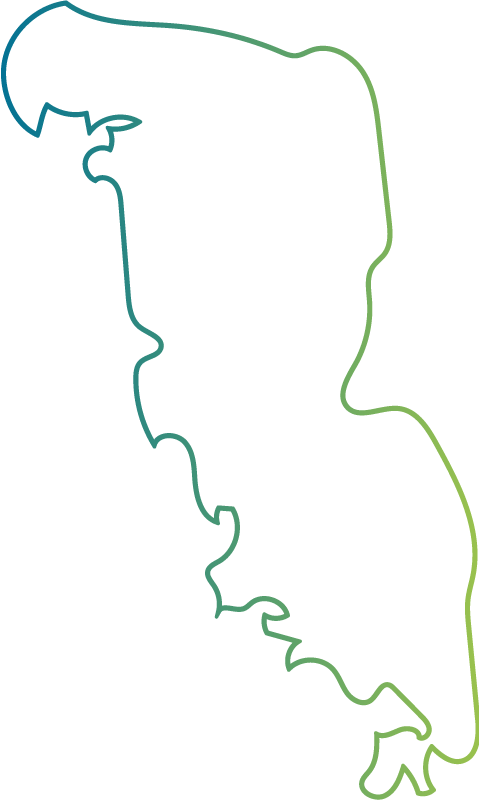 ROBINSON will be demonstrated on the Eigerøy island. The pilot plant will be installed at the premises of the ROBINSON partner Prima Protein (PRIMA), which is the island’s main consumer of fossil fuel (in 2019 consumption equivalent to 30GWh: ~80% of fossil fuel consumption in Eigerøy). On Eigerøy, the pilot system, managed by the validated Energy Management System (EMS), will reach TRL 7.

ROBINSON will integrate different components of the energy production, storage and distribution, in combination with the existing grid connection on Eigerøy controlled via an intelligent Energy Management System (EMS) architecture. The main components depend on each island’s characteristics, but in order to optimise the Renewable Energy Sources (RES) in Eigerøy, the following were selected for the installation and integration:

At the project end, Eigerøy will still use 81,5 % of its LNG powering, but this will be fully abandoned once the fullscale ROBINSON system is operational (planned for 2030). Last but not least, the ROBINSON system on Eigerøy will contribute to other applications, such as the electrification of ships (especially during cargo loading/unloading) and will encourage greened road transport (electricity and renewable gas).

Thanks to ROBINSON, Eigerøy will move from being fully dependent on mainland and fossil fuel to an integrated, independent and low-carbon  energy system. 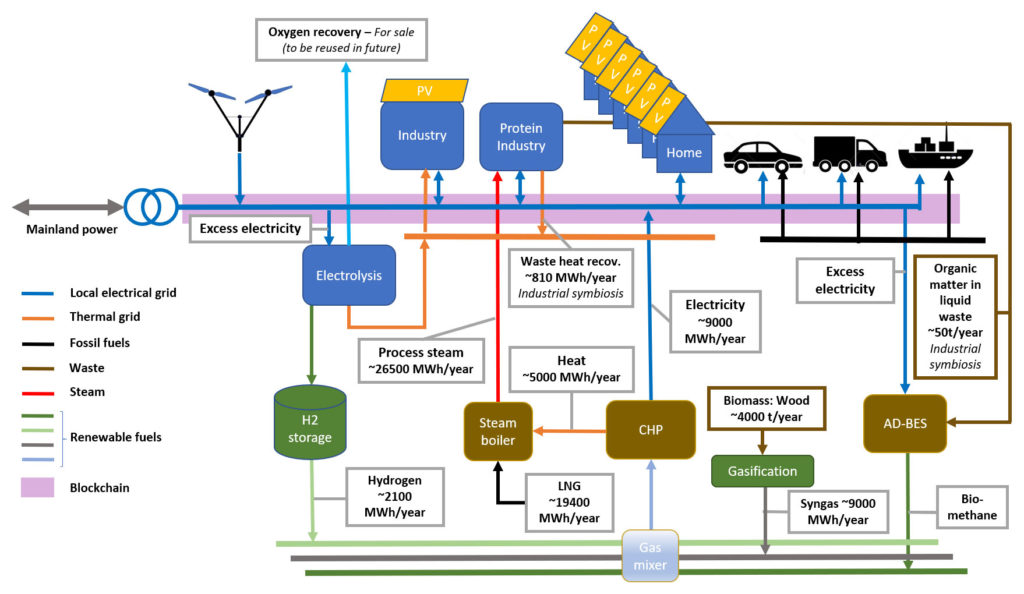