Weather
The weather is Mediterranean. Tourism brings intense seasonality in the energy consumption

Industrial profile
There is a major industrial area in Heraklion. The construction of two more industry parks is planned which will require extra cost of energy, as will the increasing touristic industry.

Almost 80% of the total electricity demand is covered by three power plants located in three different regional units of Crete with an overall installed power (nominal capacity) of 820 MW, based on a mix of generator units (steam turbines, internal combustion engines and combine cycle gas turbines) using conventional energy sources. There is a limited RES penetration due to stability issues of the local electricity network . Most of the electricity in Crete is produced from fossil fuels that are transported from the mainland with Heavy Fuel Oil 58% and Diesel 20.4%. RES represents 21.6% of the overall energy production: 17% wind turbines, 4.6% solar (mainly PVs) and only 0.01% from small hydro.

Tourism is one of the main fields of the economy of Crete Island with 5.5 M of passengers from airports (80% from abroad) and 2 M from cruise ships. There is therefore an intense

seasonality in the energy consumption, the population of the island is increased three of four times in summer.

By replicating the developed EMS, smart control systems and other concepts such as storage, waste valorisation and stabilization of the grid through smart energy management, ROBINSON could help Crete increasing the share of RES energy without further destabilizing the energy network. This would support Crete in reaching the 57% share of RES by 2030, so it can comply with European legislation. 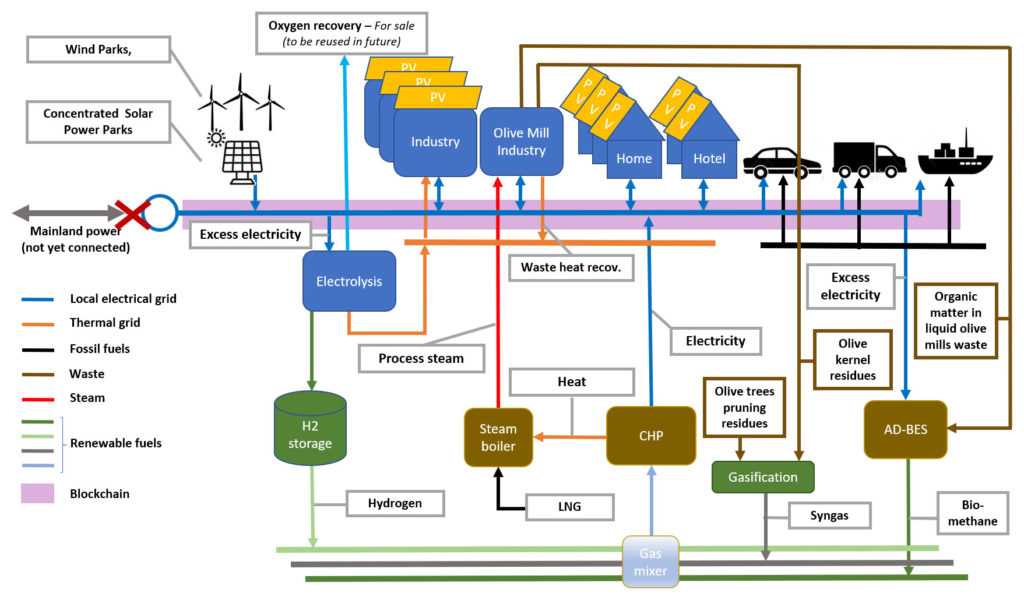